As she wiped the dirt from a sparkling, metallic yellow stone no larger than a pencil eraser, Miranda Hollingshead was pretty sure she had just scored the find of a lifetime at Crater of Diamonds State Park in Murfreesboro, Ark. 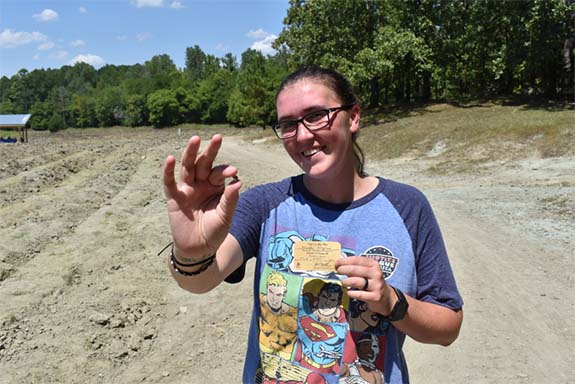 And her hunch was right.

What Hollingshead had plucked from a hill on the northeast side of the search area was a 3.72-carat yellow diamond, the largest gem found at the park since March 2017. 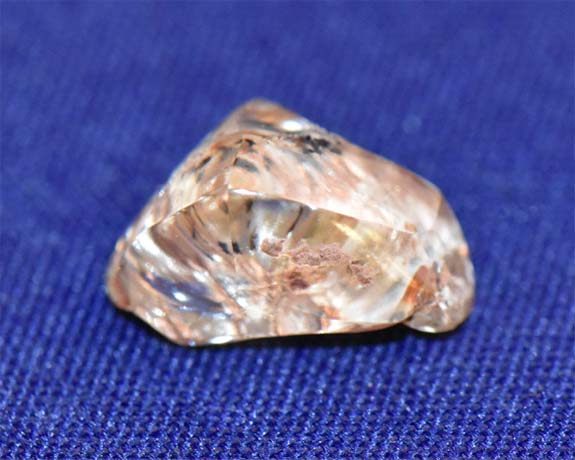 The 37½-acre search field is actually the eroded surface of an ancient diamond-bearing kimberlite pipe. Treasure hunters visit year round to test their luck at the only diamond site in the world that’s open to the general public.

Park officials are not diamond appraisers, so they could not estimate the value of Hollingshead’s gem, but history tells us that diamonds found at the park can sometimes yield a pretty penny.

In 1990, Shirley Strawn discovered a 3.03-carat diamond near the East Drain section of the park. That rough gem was transformed into a world-class, 1.09-carat round brilliant-cut sparkler, and became the first diamond from the Arkansas state park to earn a perfect grade of “Triple Zero” (Ideal cut/D color/Flawless) from the American Gem Society.

The find was so momentous that the State of Arkansas purchased the gem — now known as the “Strawn-Wagner” diamond — for $34,700 and made it the centerpiece of the park’s special exhibit. There’s even a prominent marker in the East Drain section of the park to show exactly where it was found.

Hollingshead told park officials that she originally had no intention of visiting the site on August 16. She was supposed to pick up a transmission for her car, but decided to change her plans at the last minute because her siblings were in town.

She had known about Crater of Diamonds State Park for years, but wasn’t aware it was only 120 miles from her home in Bogata, Texas.

“When I realized it was only a couple hours away, I knew we had to go,” she told park officials.

The temperature reached 95 degrees Fahrenheit (35 Celsius) the day Hollingshead and her family visited the park. After an hour of searching, the young mom took a break and sought out some shade. While she was cooling off, she took out her phone and starting watching Youtube videos about how to find precious gemstones. 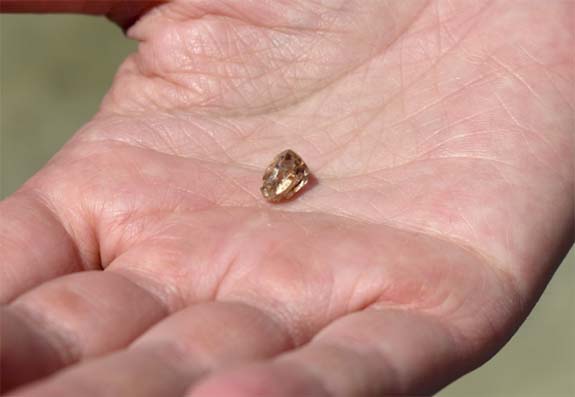 She looked away for a moment to make sure her young son was OK and then she looked down on the ground and noticed the glistening yellow stone mixed in with some other rocks.

“Every diamond found at the park is beautiful in its own way, and this one is certainly no exception,” said Park Interpreter Waymon Cox. “It’s about the size of a pencil eraser, with a light yellow color and a sparkling, metallic luster. Ms. Hollingshead said her gem’s unique shape reminded her of a rounded molar, with a small indentation in one end.”

Cox explained that a recent rainfall likely played a role in Hollingshead finding her diamond. 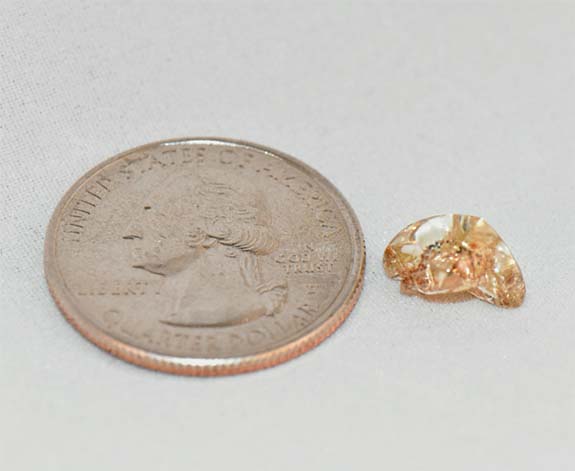 “Much of the ground where Ms. Hollingshead found her diamond is made of unweathered volcanic rock,” he said. “When it rains, flowing runoff often leaves loose gravel — and sometimes diamonds — on the surface in these areas. Diamonds have a brilliant, adamantine luster that makes them easy to spot, and Ms. Hollingshead happened to be sitting in just the right place to see the diamond sparkle in the sun.”

Hollingshead and her son earned the privilege of naming the yellow diamond. They called it the “Caro Avenger.” Her son picked the name “Caro” and she picked “Avenger” because she’s a fan of superheroes.

So far this year, 319 diamonds have been registered at Crater of Diamonds State Park, weighing a total of 63.49 carats. Thirteen of those diamonds weighed more than 1 carat.