Steeped in a rich history that spans more than 150 years, the 21.04-carat “Maximilian Emerald” is one of the world’s most famous — and dazzling — examples of May’s official birthstone. 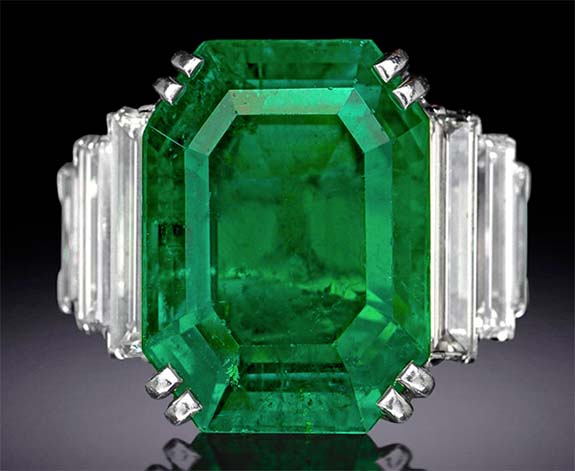 Named for its first owner, the ill-fated Emperor of Mexico, the deep grass-green Colombian emerald was purchased by American socialite Marjorie Merriweather Post in 1928 and later donated to the Smithsonian in Washington, D.C., where it’s been on permanent exhibit at the Janet Annenberg Hooker Hall of Geology, Gems and Minerals since 1964. 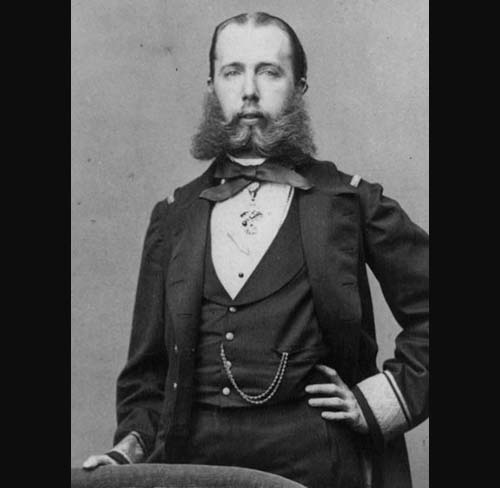 The stunning emerald was originally set in a ring worn by Ferdinand Maximilian Joseph, an Austrian archduke, who accepted an offer by Napoleon III of France to rule Mexico in 1864. The monarch’s stint as emperor was short lived, as he was overthrown and executed in 1867.

It’s not clear where the ring resided for the next 61 years, but we do know it entered the collection of Post, the heiress to the Post cereal fortune and one of the richest women in the world, in 1928. 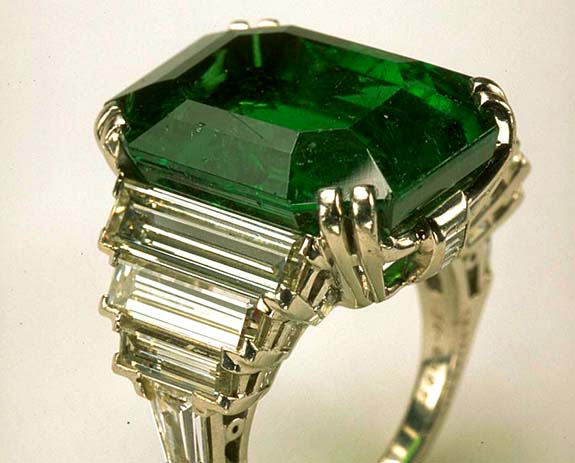 Twenty-one years later, Post had the emerald remounted by Cartier into its current platinum setting with six baguette-cut diamonds flanking the emerald, two baguettes adorning the shank and 18 baguettes set in the undercarriage of the ring.

Post nearly lost the emerald when she attended Queen Elizabeth II’s coronation in 1953. After one of the pre-coronation parties at Buckingham Palace, Post was about to enter her car when she noticed the stone had fallen out of its setting.

“So they immediately called the palace,” Post’s granddaughter Ellen Charles told the Washington Post. “I suppose only at Buckingham Palace would they find the stone.”

Post generously gifted the Maximilian Emerald Ring to the Smithsonian in 1964. It was one of several notable donations that included the Blue Heart Diamond, Napoleon Diamond Necklace, Marie-Louise Diadem, Post Emerald Necklace and Marie Antoinette Earrings. Post passed away in 1973 at the age of 86.

The Maximilian Emerald displays visible inclusions, which are referred to as as “jardin” (French for “garden”). These imperfections do not detract from the stone’s beauty but, instead, give each stone a unique fingerprint and distinct character.

Emerald is a member of the beryl family, and in its pure state, the mineral is clear. The beautiful green hues in the beryl family are caused when some of the aluminum atoms in the crystal are replaced by chromium and/or vanadium atoms.

Besides being the birthstone for the month of May, it’s also the official gemstone for 20th and 35th wedding anniversaries.