The 55.08-carat, champagne-colored “Kimberley Diamond” is the newest member of the National Gem Collection. The emerald-cut gem was donated to the Smithsonian by philanthropist Bruce Stuart and went on display at the National Museum of Natural History in Washington, D.C., this past Friday. 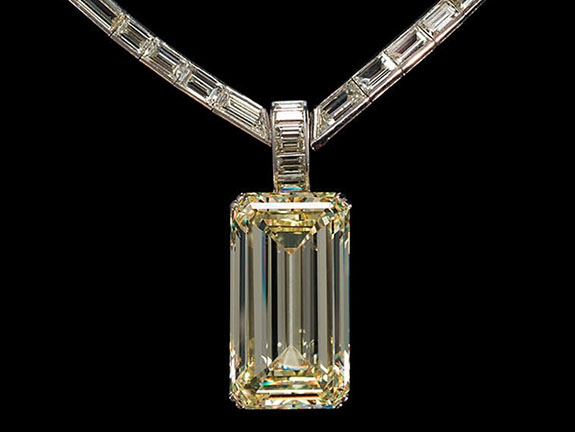 The Kimberley Diamond has been a rock star throughout its history. The Smithsonian noted that the Kimberley was one of the most recognizable gems in the world from the 1940s through the 1960s, as it appeared in books, magazines, newspapers and popular TV shows, such as It Takes a Thief and Ironside.

It was also exhibited throughout the U.S., including a highly promoted 2013 engagement at the American Museum of Natural History in New York City.

The gem was cut from a 490-carat crystal discovered at the Kimberley Mine in South Africa in 1921. Its original weight was 70 carats, but it was recut to its current proportions in 1958 to improve its clarity and brilliance. It had been owned by a private collector since 1971 and then acquired by Stuart in 2002. 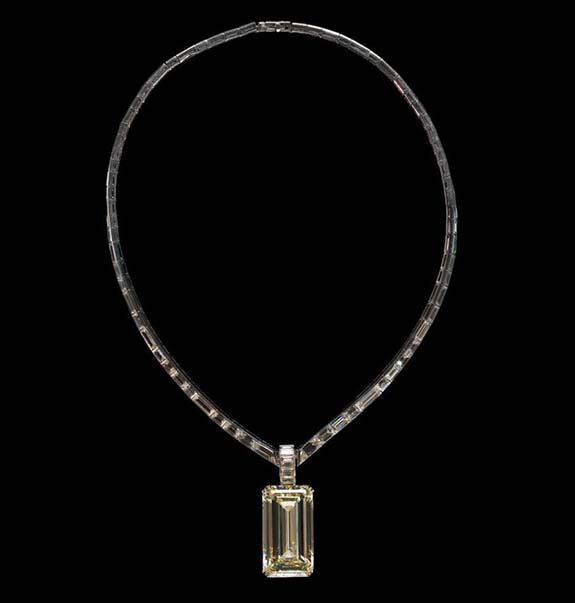 The Kimberley Diamond, which dangles from an extraordinary diamond-encrusted necklace, can be seen at the National Museum of Natural History, just a few steps from the Hope Diamond in the Hall of Geology, Gems and Minerals.

“We offer our sincere appreciation to Bruce Stuart for his generosity in making this historic gift to the nation,” said Dr. Jeff Post, curator of the National Gem Collection. “It will enrich the National Collection for generations to come.”

Credits: Images courtesy of the Smithsonian.