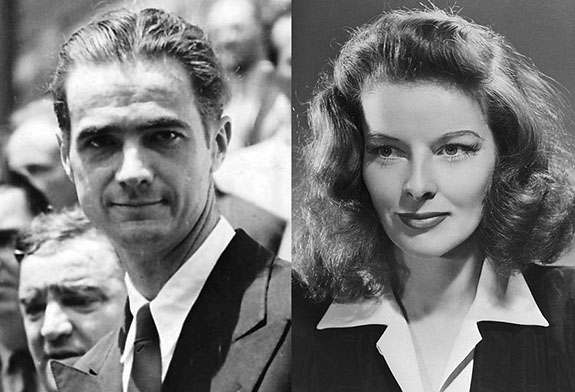 Hughes and Hepburn never married, but the couple’s 18-month romance was chronicled in the 2004 film, The Aviator, starring Leonardo DiCaprio and Cate Blanchett. 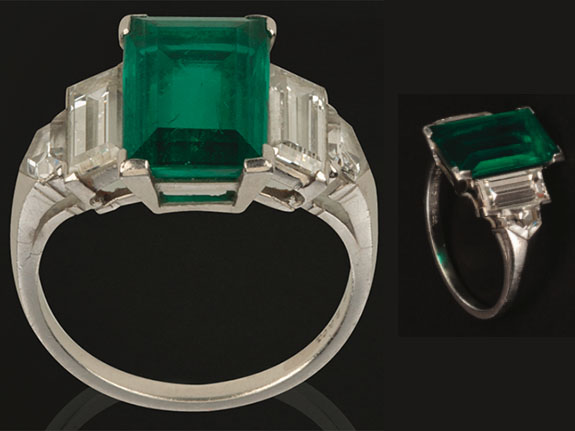 The platinum ring is stamped with the symbol, “B & Co.,” which represents Brock & Co., a Los Angeles-based jeweler catering to the Hollywood set, according to Profiles in History.

Hughes and Hepburn had been introduced to each other by Cary Grant during the production of Sylvia Scarlett in 1935.

During the 1920s and early 1930s, Hughes gained worldwide fame by producing big-budget Hollywood films. In the 1930s and 1940s, he turned his attention to aeronautics as he formed Hughes Aircraft Company and set multiple world air speed records.

In his later years, Hughes confided to associates that the biggest mistake he ever made in his life was not being able to convince Hepburn to marry him. He passed away in 1976 at the age of 70. Hepburn lived to the age of 96 and passed away in 2003.

The extensive collection of Hughes memorabilia had been assembled by the late Vernon C. Olson, who was the billionaire’s private accountant. When Olson passed away in 2012, he left the collection to his daughter, Mindy.